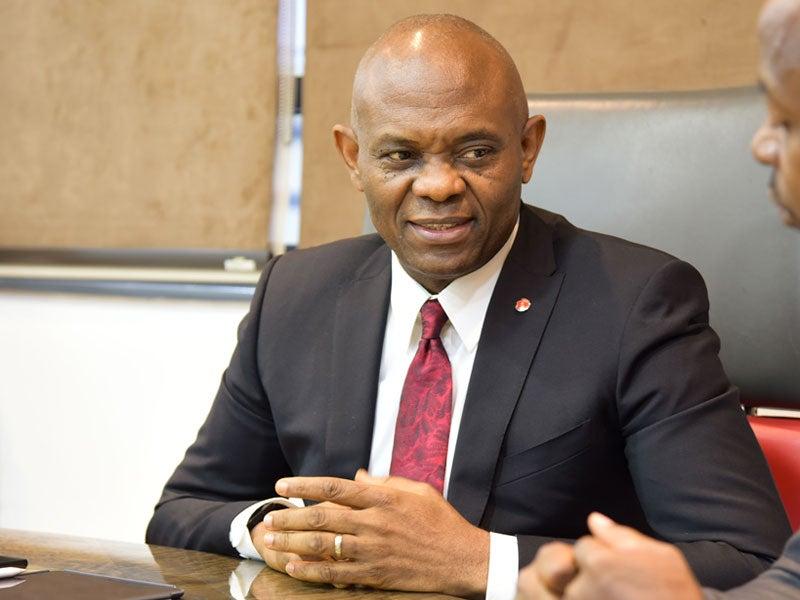 In the past not very unlike the present, things were done a little bit differently. Take point, competition in Grecian games. Masters of the games did not get athletic men with the form, figure and fashion sense of East African antelopes to compete for nothing. There were blood, sweat and an embarrassing volume of tears. Setting aside this gory campaign of determined, half-naked runners running away their lives on a merchant’s whim, there is something to be said about these races, racers, and racing: the ‘victor, the uno, the champ’, can be told from a mile away from the start.

That is Tony Elumelu, not the diehard antelope of an unsmiling Grecian afternoon, but the ‘Victor, the Uno, the Champ’.

One almost does not recognize the man now having undergone the cooking fires of a human existential enterprise. This is the same fellow who is reported as starting his career as a salesman, a copier salesman who was “hungry and hard-working”. To every man and woman walking the same path of pitiless hunger and deliberate hard work, here is a success story with a healthy theme song.
In truth, Tony Elumelu is no less a household name than assuaging beverages: every Tom, Dick and harried Nigerian entrepreneur has in one way or another drank their fill of the Juggernaut. The seeming ease with which he referees – alongside midfielding – entrepreneurial horse-trading and debacles is akin to the languid grace of belly-satisfied lions.

Even better than old glories, or the fact that Elumelu is the chairman of Heirs Holdings, the aforementioned United Bank for Africa and Transcorp, the momentum is not yet retiring. He recently took the centre stage as the first-ever global “Seven Stars Man of the Year” hospitality award for empowering African entrepreneurs. Having empowered about 7,500 African entrepreneurs with seed capital, capacity building, mentorship, and networking, he deserves it.

Leaving aside the clear markers of legend, of enviable business acumen, pronounced sway, and swag, this is the man who birthed the idea of ‘Africapitalism’, challenged Japan to emulate the vision of his foundation, and continues to make clear paths for entrepreneurs and entrepreneurship in Africa. But, will anyone catch up with him in time?